On the afternoon of October 31, 2019 Kunshan Autumn Investment Promotion Fair was held with the theme of "To be Ardent Pioneer and Take up the Mission of the Era ". 100 major projects with a total investment of over RMB 80 billion were signed and settled. 1,000 merchants and 10 academicians attended the event.

Du Xiaogang, Secretary of CPC Kunshan Committee,  extended warm welcome to all the businessmen and friends from home and abroad. He pointed out that looking back on the extraordinary course, Kunshan started from self-funded development zone, and dared to venture and try. It insisted on attracting top enterprises and gathering high-end resources. Since the introduction of the first sino-foreign joint venture in Jiangsu, Kunshan has gathered more than 8,400 enterprises from 56 countries and regions. With rapid economic and social development, it has created a famous "Kunshan way". This year it ranks No.1 among the top 100 county-level cities in China for the 15th consecutive year and is listed as one of the six pilot areas of socialist modernization drive in Jiangsu province. At present, Kunshan is actively grasping the four strategic superimposed opportunities of China, and fully implements the requirements of the upper level governments. As an ardent pioneer who takes up the mission of the era, Kunshan takes courage to surpass itself and challenge the limit, and strives to promote the new era of high-quality development and modernization drive. Kunshan sincerely hopes to cooperate with all the businesses present at the event for mutual benefit, draw a bright future together, and work together to create a new era of passion and entrepreneurship.

Shen Hui, representative of the contracted project, Chairman of WM Motors Technology Group, Wang Chengshan, representative of the academician project, academician of the Chinese Academy of Sciences, John Crittenden, representative of Science and Technology Project, academician of the American Academy of Engineering, Yang Feng, representative of "star of investment promotion and business protection", director of merchants bureau of Huaqiao economic development zone, spoke separately. They said that they would deeply participate in the construction of Kunshan's national first-class industrial science and technology innovation center, accurately defines the direction of the future, accurately gather the elements of science and technology, and carefully optimize the business environment, making greater contributions to Kunshan's high-quality development and modernization drive.

On the event day, the Feature Film, To be Ardent Pioneer and Take up the Mission of the Era, was played; the awarding ceremony to commend the enterprises that have made contributions to boost foreign investment, foreign trade, output value and tax revenue in 2019 was held; the "star of investment promotion and business protection" and "Qionghua award" of honorary citizen of Kunshan in 2019 were issued; the launching ceremony to release the Advanced Practices of 2019 “Investment Promotion & Protection Service Month", and Kunshan Catalogue for Targeted Investment Promotion were also held. 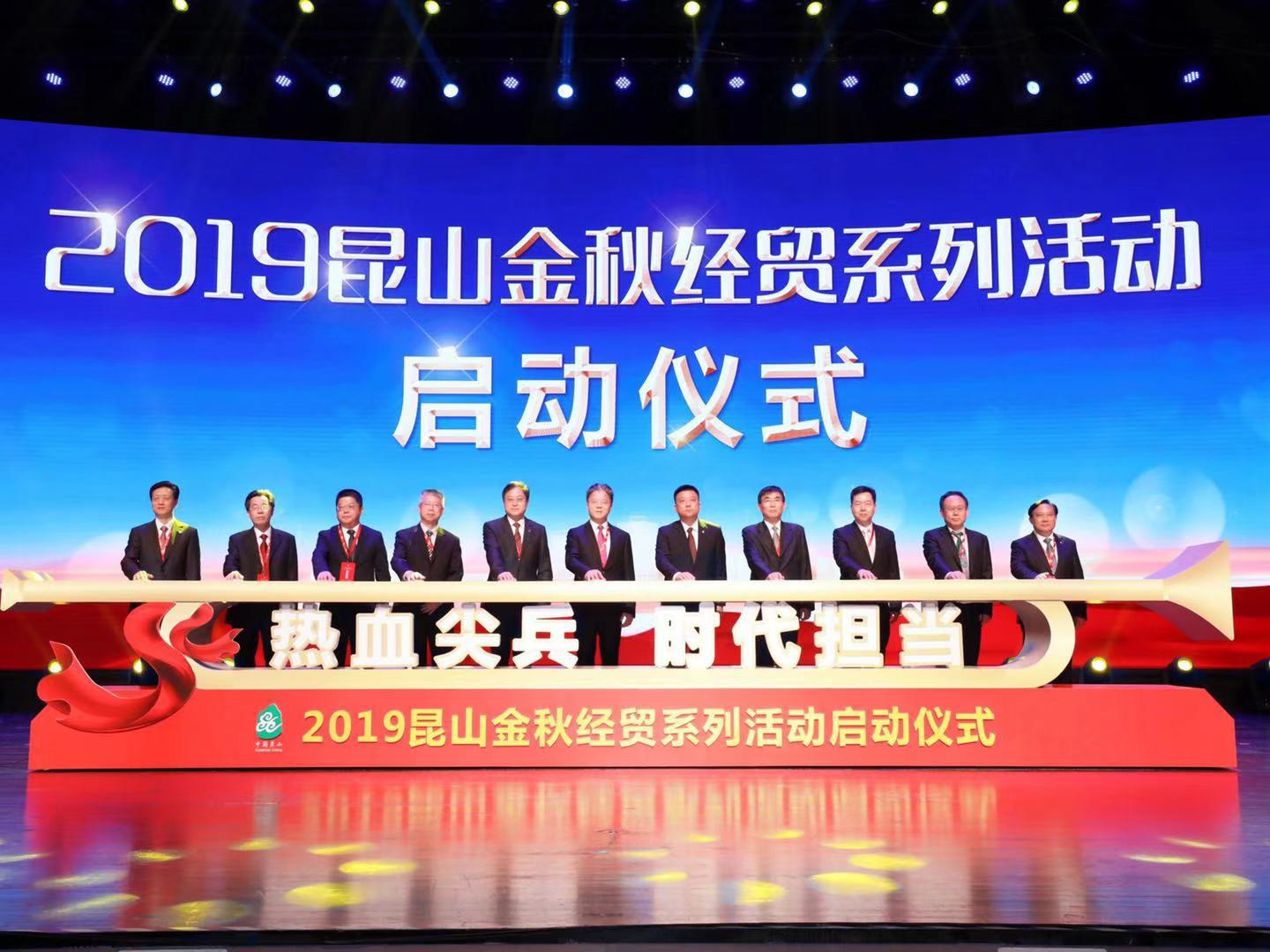